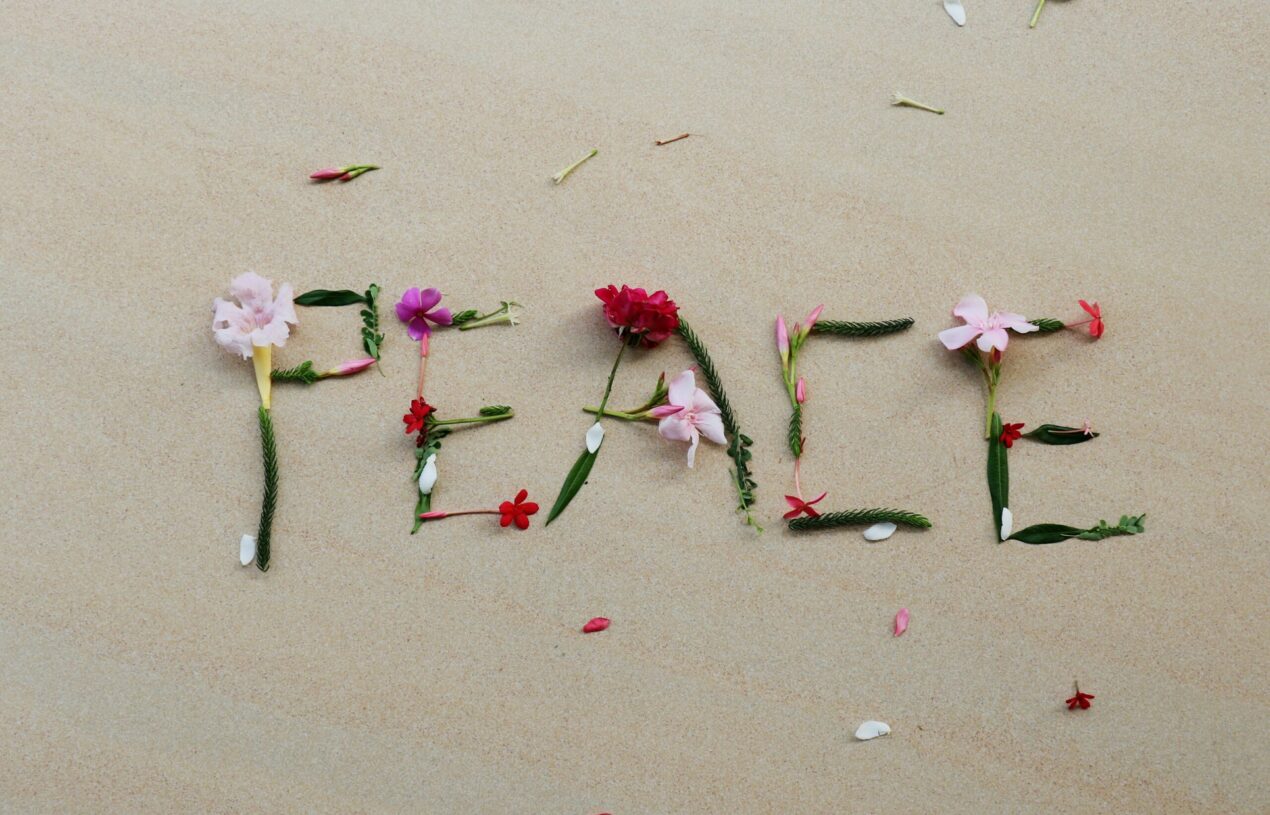 Peace is an excellent developer for progress. It provides an environment to think and analyze. It becomes a source of many ideas and thoughts. Without an idea and thought no work can start. Any type of development cannot imagine. But doing work for peace is difficult. Activities of humans get more value that makes harmony between mind and surroundings. The peace in the surroundings helps to think deeply and find the solution to complex problems. Applications of different solutions help to get unmatched progress. It also helps with the integration of a personality. It cultivates unity of mind. One’s actions can measure as the life achievements of an integrated personality. On the contrary, noisy situations are the cause of destruction.

The struggle of humans for better life tells many unpleasant events to make progress that break the peace of mind as well as surroundings. The two world wars are a living example of human fury. The Second World War was much more destructive than any human and natural frustration. Adolf Hitler was a man who wanted to rule over many regions of Europe. His lust to get more power became the element of destruction. He was born on 20 April 1889, in the village of Brenau in Austria. He belonged to a poor family. His life was full of hardships. He had no interest for study. His father was not happy with his school performance. How Women would be Able to Perform Efficiently in Society?

The struggle of Adolf Hitler

– His parents died when he was only nineteen years old. After some time he went to Vienna. He struggled too much to earn his livelihood. He learned many life lessons during these five years. He faced many dissimilarities that affected his character. In Vienna, he got hated by Jews towards Germans. As a result, he got an unbending nature. He started to think, that mercy is a view of cowards. He gained several adverse effects on his mind. His controversial views led him to get power. He developed an emotive theory of racial discrimination. In 1913, he went to Bavaria where he worked as a painter. Accidentally the first world war broke out. He got a chance to enroll his name for military service. He was selected. The chance improved as the foundation of his political career. He fought bravely and got the ‘Iron Cross’. It was the time for him to take entrance into politics. In 1919 he joined National Socialist German Workers Party. He got the position of an effective leader. Germany was defeated in a war that was unbearable for him. He tried to make revolt against the republican government of Germany and try to get power. But he failed. He was arrested as a traitor and sent to jail. Efforts Make a Man Mentally Strong

After nine months of punishment, he was released. He learned an important lesson. His failure to revolt in 1923, taught him a lesson. Political power cannot get without the support of the public. Therefore he started working seriously for the Nazi Party. He had already got a membership in this party. He strengthened the party. In 1932, the Republic party could not get a majority. It was unable to rule independently.

Nazi Party got the most seats in the German Reichstag. But did not get a majority. So no party was able to rule. Then Adolf Hitler got a chance to appoint as a chancellor. After two years President Hindenburg died. Hitler became president in one hour. He worked for the welfare of the Germans and spread the message of the racial superiority of Germans in the world. Top 10 Features of Discipline He led the nation and become the dictator.

To start the 2nd World War

In 1939, he started the invasion of Poland which became the reason for the Second World War. The time period of the war was astonishing. From 1939 to 1945. 70 -85 million people were killed according to an estimate. All the European countries were involved in the war directly or indirectly. Two major powers Russia and USA included also. At last, The defeat of Germany, compelled Hitler to commit suicide. Japan did not agree for surrendering. So the result of the war was terrible. Two nuclear bombs were dropped at Japan’s famous cities Hiroshima and Nagasaki by the USA. What type of tragedy it was! Masses were crying for mercy. The day of 6th and 9th of August of 1945 was the black day in world history. When innocent men, women, children, elders, birds, animals, and other natural creatures and vegetation melted in seconds.

All people were asking the question to heartless leaders, ‘What are the uses of war?’ Peace….. Speechless, and terrified people were looking. The days have gone by the 20th century. We live in the 21st century and can pray for peace as many countries are collecting many weapons, missiles, and nuclear bombs for the purpose of security. But, I think there is a great need for those personalities who work for the greatness of humanity. Great people love and respect each individual. Where does he/she live no matter what? Their work and efforts show the width of their broad thinking. They never compromise with any type of timely solution. They never help the anti-social and anti-cultural persons and activities. They know the value of human lives. Social Work and Social Worker There are some persons in the world’s history who played an important role in the welfare of humanity like Gurudev Rabindra Nath Tagore. He was the greatest personality in India who knew the true meaning of peace. He worked in his life for peace. As a philosopher, he considered that peace is the primary requirement for the development of an individual as well as a nation. He was born on 6 May 1861, in a highly cultured family in Calcutta now Kolkata in India. His father was a Brahmo Samaj leader. He taught him about the moral values of life and the uniqueness of human lives. At the age of sixteen, he was sent to England to study law. But he did not like it and came back to India after three years.

To get Nobel Prize

As he started writing at the age of eight. He wrote poetry, short stories, plays, and novels. He wrote about the feelings, wishes, and sorrows of common people. He was also a painter and a music lover. He showed his greatness through his writings.  He was the first Indian who got Noble Prize for his famous poetry book Gitanjali. He was the writer of the National  Song of India. He was in the favour of well-cultured and integrated personalities. He liked English. He was awarded the Knighthood title by the Britishers. But he returned when the Britisher police fired at unarmed and innocent people in Jallianwala Bagh in Amritsar, in 1919 during their rule. Reading Books – Lead to Success

Then he took an active part in Swadeshi Movement that was against British rule in India. He proved himself as a great patriot. He was an eminent educationist also. His father established a school Shantiniketan in Bolpur, West Bengal. He advocated for education that develops the qualities of the learners. As he liked cultured and well-integrated personalities. So he established Visvabharti University in 1922 to fulfill the purpose to educate the youth of India. It was the product of his true love for humanity. His all work shows how peace works for the progress of humanity. Top 7 Benefits of Positive Attitude

How can Study and Skill Make You a Talented Professional?