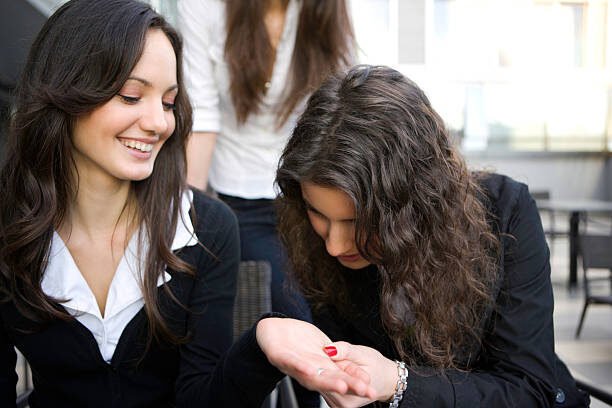 Luck is the most mysterious phase of everybody’s life and success in life is the most relevant aspiration for each individual. Each person wants to set up a positive connection between his luck and success. A person often asks himself and thinks, ’what will be my luck?’ Parents give birth to their children and bring up them, with great care according to their facilities. They have a parcel of aspirations and dreams in the favor of their good luck.

It is a very kind-hearted and devoted aspect of everyone’s life that has the umbrella of parental love. But they do not know their children’s luck. Even everybody wants to know his fortune. There is a tradition in India, people have faith- astrologers can predict the future of each. Innocent, uneducated as well as educated people have a strong belief in astrologers. Not only Indian each person in the world wants to know his luck.

A famous Punjabi writer S.Gurbaksh Singh Preetlari mentions in his travelogue  ‘Duniya – Ik Mahail’ – one evening he was on the deck of the ship- he told a person, he knew to read the lines of the hand and can tell one’s luck. Many Europeans got excited who were traveling on the ship came near to him and showed their hand to know their luck. Here is a question that arises in my mind- why do people so anxious to know their luck?  Even many of us do not want to work hard and want more in life.  The second reason is poverty and lack of confidence. A person who is confident and believes in working hard develops faith to fight against bad luck and poverty. Top 7 Benefits of Positive Attitude

They start to follow the views of the winners. As Samuel Gold writes, ‘The harder I work, the luckier, I get. Indian famous scientist who is known as a missile man Dr. A.P.J. Abdul Kalam has said. ‘Never believe what the lines of your hand, predict about your future because people who don’t have hands also have a future.’

Luck v/s What Comes After

Each individual who has less or more educated has passed kindergarten school. All kids learn during the important period of those years- sitting in the class, standing in rows, eating and sharing, naming different types of articles and things, coloring on sheets, and writing Alphabet- capital and small letters and numerical digits. All the kids learn these simple activities. Kids enjoy a lot and do fun with playful manners. But in the last year of Kindergarten, the teacher introduces kids to a mathematics activity – What Comes After. It is a difficult activity. They learn how to place the correct next digit. All the kids cannot place the correct digits. It is a time-consuming activity.

Not more than four or five learners can do the activity perfectly in a class of thirty students. During the class, it shows whether the learner is a quick learner or not. It is a common factor in classroom activity. But I think this formula can apply in one’s life. It will be very productive. I see it as one young person’s life; this activity plays an important role. There is not matter, whether a person is intelligent or less intelligent. Career Courses after 12th

If he knows the value of the present and invests his/her time in useful purpose, certainly, he/she will get a result in the favor of his/ her future. On the contrary, you are dreaming in present for the betterment of the future without taking relevant action. Definitely, you will get a bit of bad luck and blame for the system and circumstances. Only you are a great person, to make your luck considerably better. American president Benjamin Franklin’s words are, ‘Diligence is the mother of good luck.

There is a tradition in India. It is necessary to go to astrologers to know one’s luck. 99.9% population of the country agrees with this disbelief. Causes are listless. Famous writer Ralph Waldo Emerson writes, ‘Shallow men believe in luck or in circumstance and strong men believe in cause and effect’. Dependence on luck makes a man weak. World history is full of awesome examples of man’s wonders who convert not only their own luck but have changed many.

Scottish scientist and inventor – Alexander Graham Bell invented the telephone. He was a man who believed, that problems are challenges that should be faced. The invention of the telephone was not an accidental invention. He was finding the solution to his family problem. His mother and wife were deaf. They could not listen. He was researching the solution for impaired hearing.

The purpose of, his mother and wife could listen to him. His efforts made him an inventor. He invented the telephone. In opposition, he could sit helplessly as he had a problem in his home. What can a person do when important family members can not listen? Really he had a stroke of bad luck. But he applied his thought to solve the trouble and became the father of wire communication.

Even if it was not the solution to his family problem. But he tried his best instead of repenting for his bad luck. He never went to the astrologers to ask for a solution to his family problem. It showed that there is another way to be a lucky person if you want to solve your problem. Never follow the beaten track. Life is full of worries, tensions, and problems. It is a lesson for us on how we handle our problems.  Be a courageous person, not timid. Top 15 Data Science Courses

Facing reality is a more difficult experience than dreaming. Though dreams can be a milestone for one’s success. Dreaming generates thoughts that lead to success. It is the mother of motives. If a person has a dream for a better future, set a goal and start to use his capabilities to achieve it. Even there are two types of thoughts are coming into our minds – positive and negative. Which type of thoughts, you make in a negotiation; depends upon your thinking.  Positive thoughts help to develop close contact with your goal. It gets a seat of commander for taking timely action in the favor of your target.

It is no issue – goals may be short-termed and long-termed. A combination of thoughts and actions makes a person lucky in his social and professional platforms. Reuse of one’s skill and experience makes an ordinary person extraordinary and a winner to a model for the masses.

Like the Wright Brothers who invented airplanes. Kitty Hawk, North Carolina became a historical place where the thought of flying airplanes has been experimented with.  Wright brothers had started the chapter on aviation. Two brothers Wilbur and Orville took off a successful flight for fifty-six seconds over a distance of 852 feet. What an extraordinary achievement! Top Ranking 100 B-Schools in India

Wilbur was an excellent student. A good combination of health and intellect made him a star performer during his schooling. After passing his high school education, he was planning for his higher study in 1885. Accidentally his life direction had taken a turn. He got injured when he was playing ice hockey. His compulsion was to stay at home. He spent the most time in the family library and looking after his mother who was suffering from TB – Susan Koerner. After his recovery, he and his brother Orville started a pass ionic business for bicycles. Within three years they opened their own bike shop and started their own bicycle design.

They were also fond of reading books and followed the research of German aviator Otto Lilienthal. He had tried to fly his glider and died during experiments. Two brothers were excited to know about how he could fly, like a bird. They took a decision for making a successful flight. They started their experiments. They observed flights of birds from a scientific view – how do birds control and balance their wings? Their continued experiments help to invent the flying machine on 17, 1903. Wilbur flew their glider which was heavier than air. It was a successful flight. Importance of Co-curricular Activity – Coding

They transformed their thoughts into reality. In time of injury, stay at home and fight against distress. The positivity of his thoughts and accompanying actions had developed a passion for creativity. Today we enjoy air flights on various routes, which seem very simple. But transforming a thought or an idea into reality is hard and demands work hard but not impossible. On the contrary positivity of the mind without action get appears in form of the brown study. Attempts to convert your dreams into reality are an easy way to be lucky or a winner.

How can you become a Rich Person?