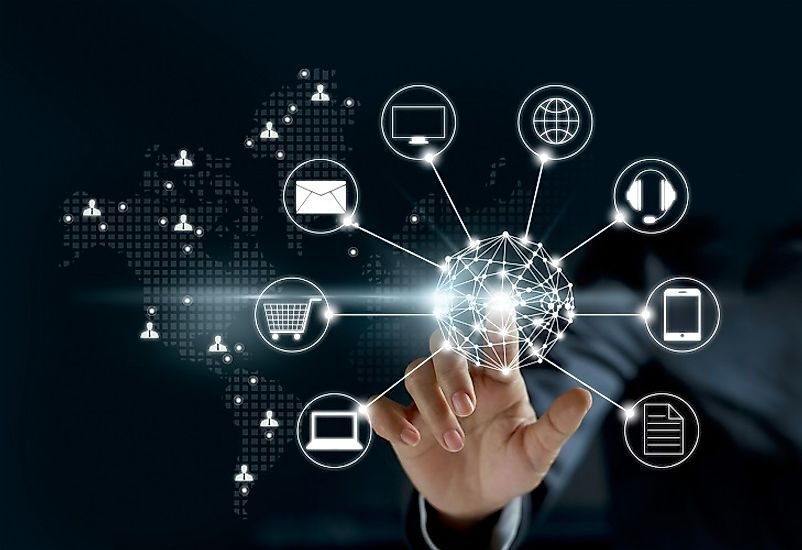 Educational research has proved that each individual has a specific type of thinking. Different types of thinking help in solving different types of problems. The thinking can develop during the school education of a learner. It is hundred percent sure. The methods of imparting education have been transmitted by the inventions of science and technology. Before the digital revolution – the whole education revolved around mere books and remained unable to discover the inner potential of students. Cramming books for the preparation of exams was the main objective of education. Today’s education is full of various types of techniques where a learner’s interest is more important than any factual information.

All the students are important- not only the first four or five. Above-average students that could perform as a teacher gave instructions. Now the concept is, all pupils have a special type of thinking. They express their views without any caste, creed, racial, or gender discrimination. They can participate in different co-curricular activities and learn to interact in schools as well as across the boundaries of school. On the other hand connectivity by the internet provides first-class facilities to the learners in remote areas.

If a student or his parents are aware of the boons of education. The days have gone by when some students got appreciation and felt ashamed of in school as well as in society. Modern education leads students to think out of the box. The technological era has changed not only the blackboard into white and smartboard. It has also changed the ways of thinking, learning, and working.

Today’s learner is smarter, more active, more alert, more intelligent, and progressive. Their attitude influences their aptitude when a specific type of thinking has got a move in the form of development. Online education and oceanic opportunities help to sharpen the talent of aspirants. It plays an important role to cultivate various types of thinking then originality. The novelty comes into the minds of learners who become creators and inventors and works for the comforts of the common masses. They are the great persons who change the belief of people. As more than a year has passed during the corona crisis [ 2019-2021]. People have believed that no work can complete in the absence of apps   [computer applications]. Today’s belief is:  Where there is an app there is a solution

There is an old and time testing saying –Where there is a will there is a way. This adage has conveyed the message- if a person has a strong desire and longs to accomplish his desire. He can handle all the hurdles by his iron determination because his will is more strong and than timely unwanted restrictions. He deals with hurdles patiently and works according to his well-planned activities for achieving his target. But I can say, today’s app user generation has firm faith- where there is an app there is the solution. The boons of science and technology are increasing as a valuable wealth in everybody’s lives. Life without machines has hard to imagine. The dream of self-reliance and independence is seeming close to achieve.

Not only the young generation but people of all age groups who enjoy the advantage of connectivity with the internet. They want a computer application to get rid of their common problems. Communication, banking, eating, traveling, medication, meditation, teaching, and learning by apps in demand. It has introduced people to live with comforts. They can port their solution gadgets in their pockets and even they can earn. About fifty-nine percent world’s population is internet users according to October 2020. As increasing the strength of digital hub members [internet users] the demand for apps is increasing rapidly in coming years. There will be a need for more developers who know the computer language, interact with machines and develop new apps.

At the initial stage of the twenty-first century, only young students can pursue a software engineer course but today’s demand is appealing to a new generation for learning computer language. The concept of learning coding is gaining ground. Parents and children are getting aware by advertisement to join the online free courses. It shows that the future requirement of apps is in the favor of solutions as well as an important future Career of learners. Parents should show their interest to join these digital types of activities as the digital revolution influences the thinking of children. Educational experts suggest new methods for the development of divergent thinking of learners like Japanese. Olympic games 2020 had been played in Tokyo in Japan last year. It was canceled due to Covid-19. But Japanese had been using the new technology for making medals that are given to the Olympian winners. They have started a movement all over the country, ‘Be better, together – for the planet and people’. More than 90% of local authorities participated in this movement directly and indirectly. They had collected 78985 tons of discarded electronic devices- 6.21 million used mobile phones, digital cameras, and laptops that were classified, dismantled, and melted down under the concept of making medals from the trash.

They had made these skillfully, following the central theme of the great invention. No doubt, they are genius,  intellectually developed, and masterminds! What is their thinking? Are they born geniuses? Questions occur in the mind generally. They are human being like others but their methods of teaching students are unlike from other countries in the whole world. In Japanese schools, class starts from imaginary ideas. Gy taking the motive for the creation of something new. Really the genius is producing by giving creative activities. This method of teaching must be followed in developing countries as the awareness about getting an education is cultivating.

Smart Parenting- 6 Tips for Teen Parents to Guide Them